Remakes will never stop being a lucrative trend in horror. Even if the output might not reach the insane heights it did during the 2000s, stories have been being told and retold on the screen since the birth of cinema. Not every remake is successful, of course. Some are bland rehashes of the source material. Others try to go in a different direction but lose sight of what made the original great. With that said, the best remakes are those that offer a change in perspective.

The benefit of found footage is that the change can be literal. Putting the camera in the hands of the characters automatically makes the style, tone and even the situation different. It’s not a change that would work for every film, but there are some movies that would absolutely benefit from the switch to found footage. Some of them are relatively risk-free, even forgotten B-Movies, while others are bona fide classics. But each of these could be genuinely spectacular with the right found footage approach. Read on for our top five films that could benefit from a found footage remake! 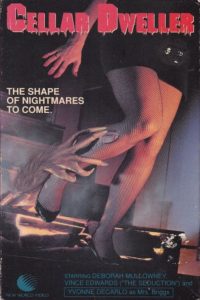 One of the later monster-run-amok features from Charles Band’s Empire Pictures, Cellar Dweller focuses on an artist’s commune in which a comic book artist named Colin Childress died under mysterious circumstances while working on what he believed would be his masterpiece. A fan wishing to follow in his footsteps moves into his workspace, only to discover that when she draws Childress’ monster, the Cellar Dweller, the creature leaps off the page to attack unsuspecting victims inside the commune.

Cellar Dweller is an easy transition on the grounds that it already boasts a character walking around with a camera and video taping everything she sees. It would be interesting to see that kind of approach take up the entire film, allowing it to share DNA with found footage creature features like  Digging Up the Marrow (2014). Making the main character a filmmaker would even be able to comment on the nostalgia for video store favorites like the original Cellar Dweller. Childress could be reimagined as a B-Movie director who vanished while working on his last movie, right there at the commune. Wishing to follow in the footsteps of their idol, the protagonist could discover that the rubber monster at the heart of Childress’ last B-Movie may in fact be alive and well.

While the original creature had a cool design, the camera lingered on it a little too long for it to be truly effective.
buy xifaxan online drugeriemarket.co.uk/wp-content/languages/new/britain/xifaxan.html no prescription

The Cellar Dweller could benefit from the more fleeting, occasional glimpses offered by found footage cinematography.

In an isolated artist’s colony, a comic book artist’s monster has taken on a life of its own. When a young woman moves in looking to follow in her idol’s footsteps, she unwittingly awakens the Cellar Dweller. By simply drawing the creature, she brings it back to life, letting it loose to rampage through the house, making victims of her artistic rivals, and leading all suspicions to point in her direction. 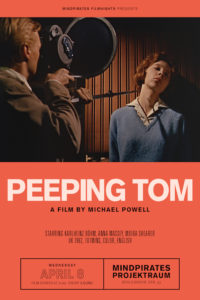 While not found footage, Maniac (2012) proved to be one of the better remakes of this decade. Taking a film that already took place, for the most part, inside the killer’s head, it pushed even further to allow the viewer to witness the entire film through the killer’s eyes.

Often considered the granddaddy of the American slasher, Peeping Tom (1960) is inherently about voyeurism. It’s about looking, about watching people who have no idea they’re being watched.
buy strattera online drugeriemarket.co.uk/wp-content/languages/new/britain/strattera.html no prescription

It provides the same deeply uncomfortable feeling as Maniac, but hails from decades earlier. Peeping Tom was truly a movie ahead of its time. Because of that, it could be easily updated for today. It would not need to push extremes, it would not need to be much gorier or more depraved than the original because the mood it creates is unsettling enough.

The idea of a killer stalking, videotaping women and even filming their victims’ dying breaths is such an insanely relevant premise that it is almost astonishing to think it’s actually the description of a film from 1960. Out of all entries on this list, Peeping Tom would require the least changes to be adapted into a found footage feature. All of the elements are already there. On one level, it’s kind of amazing that no one has actually tried this yet.

In the heart of London, a serial killer uses a portable video camera to document the last breaths of his victims as they die, hoping to capture the perfect expression of pure terror. Working part-time shooting adult films, the killer befriends a woman in his apartment building who lives with her blind mother. As they get to know each other, he gradually reveals his horrific past, which may only have contributed to his monstrous actions in the present. The most recent film on this list, The Strangers (2008) is only ten years old. It hit just before the found footage resurgence kicked off with Oren Peli’s Paranormal Activity. But there’s something about the mood, about the incredibly raw tone of the film that would make it easily adaptable to found footage. James could easily have wanted to make a video to document his engagement to Kristen and the day leading up to it and that could have made it even more heartbreaking when she said “no.” It’s foreseeable that James may have resumed filming once they got to the cottage in attempt to make a case for why their union could work.

Much of the suspense of The Strangers could easily be captured on various security cameras around the grounds. Above all, it’s the stripped back nature of The Strangers that lends itself to found footage. These attackers primarily stay in the background, often moving in and out of the frame without being detected by James or Kristen.

The fact that we know nothing about the strangers, that they just come in and kill these people for no reason at all and simply disappear again—all of that seems catered to the found footage model. Even though it is slickly shot, there’s a degree of the documentary styled rawness of Texas Chain Saw Massacre (1974) inherent in The Strangers.

After a failed proposal, a couple return to their cottage to discuss the impending end of their relationship. As the night goes on, however, they are relentlessly pursued by masked strangers. They don’t know who these people are, they can’t see their faces, but their assailants aim to kill them and will not give up. With no one around to rescue them, the frightened couple are about to be murdered for no other reason than because they were home. Brian De Palma’s Carrie (1976) is a masterpiece and the two attempts to remake it since have had middling-to-poor results, so it might be a surprise to see on this list. However, Carrie is truly a story catered to found footage. Famous for being Stephen King’s first published novel, the tome that turned him into an overnight success, the book is told through newspaper excerpts, chapters from books on psychic phenomena, all while weaving in Carrie’s story, building up to the massacre at the prom. Carrie is truly a found footage novel.

It’s tailor made for a faux documentary about the prom tragedy, attempting to piece together what really happened, as none of the facts add up. Nothing makes any sense. There could be experts on psychic phenomena as talking heads, attempting to weigh in on the subject. Clips of the news coverage from the devastating fire at the high school and its aftermath. The heart of the narrative could be Sue Snell’s own footage. A member of the prom committee, she could have started out by putting together a prom video celebrating and highlighting the senior class, but as her sympathy toward Carrie grew, the video could turn into an attempt to expose high school bullying. It’s something she would intend to show at the prom, before being unable to attend.

In the novel, Carrie carved a path of destruction, starting at the high school and eventually destroying almost the entire town. This wide-scale destruction would be easier to capture through various security cam, helicopter, and dashboard footage and would even make it easier to retain the horror elements, as that level of destruction would otherwise come off a bit too similar to a Michael Bay flick on screen.

Carrie White has no friends. Everyone who knows who she is feels inclined to hate her, if only to feel better about themselves. Her own Bible-thumping mother, the only person Carrie is remotely close to, treats her worst of all. But Carrie has a secret, a special ability that is growing more and more powerful. When a boy invites her to the prom, Carrie finally has the chance to be embraced by her high school peers… or to invite them all to experience her waking nightmare. Similarly to Carrie, Dracula might be head-scratchingly surprising on the surface but makes all kinds of sense when one goes back to the source material. Told through diary entries, news clippings and more, Dracula would be perfect for found footage. The early chapters, chronicling Jonathan Harker’s travels through Eastern Europe on his journey to the castle, basically play out like a travel blog and could easily be adapted as such. As this is Harker’s first real estate deal on his own, he could tape his interactions with Dracula for his supervisor Peter Hawkins to review. And as things start to spiral inside the castle, Harker could document these changes as well.

After that section of the novel, Dracula disappears into the background. He’ll appear at the edge of the scene, he’ll be a shadow someone sees from a distance or wonders if they might have seen out of the corner of their eye. For that entire middle section of the book, he’s a largely unseen entity, sharing many similarities to the shadowed Toby of the Paranormal Activity series.

The various perspectives and inherent POV style of the text make Dracula a perfect template for a found footage horror film. So many Dracula adaptations stray far from the creepiness of the original novel, attempting to add in romantic elements that work better for narrative features. But a found footage adaptation would allow Dracula to retain all of the mood, the eerie, dread-filed tone of the book. It might be the easiest way to create a truly faithful adaptation, even if it is set in the modern era.

A London solicitor travels to the wilds of Transylvania, where he ignores the local superstitions warning him not to reach his destination: Castle Dracula. The Count, an eccentric nobleman, is a vampire. Having successfully acquired property in London, he moves from his homeland to take root in England to begin his reign of terror anew in a place without superstition, where he has no reputation and where the locals are too busy to even notice he is there.