Found footage film festival, The Unnamed Footage Festival is set to enjoy its inaugural bow this weekend! The fest will be held at The Balboa Theater in San Francisco and will take place March 24-25. You can check out the entire lineup right here.

Found Footage Critic and POV Horror are key sponsors of the fest and were involved with the procurement process! POV Horror exclusive Descent into Darkness: My European Nightmare (2017) will be making its big screen debut at the fest.

The Balboa Theater is situated on a former cemetery and has long been dubbed a hotspot for paranormal goings on.

The festival will feature short and feature-length films from around the world, all using found footage or mockumentary narrative style. While the lineup will include comedy, drama, and sci-fi films, the focus of the fest is naturally to showcase the genre that helped put found footage filmmaking on the map: horror. 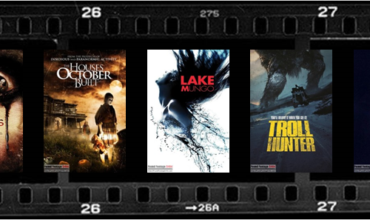